Greg Robinson, Technical Director & Cell Site Analysis Expert was delighted to be asked to give a talk about Encrochat on behalf of 5 St Andrews Hill Chambers. 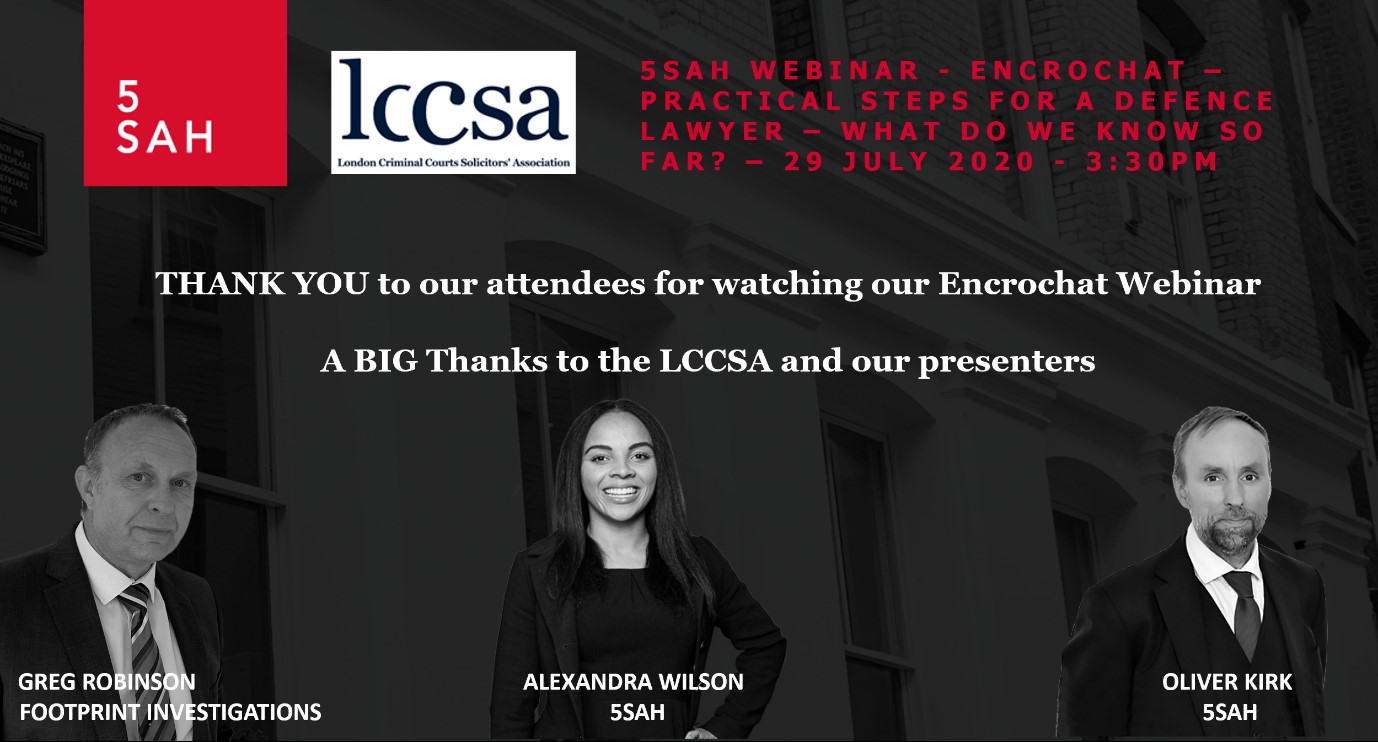 The online webinar was hosted by the London Criminal Courts Solicitors Association yesterday and was very well attended with over 120 solicitors and barristers registered.

Encrochat has been widely reported in the news recently due to Operation Venetic, a National Crime Agency led operation involving the takedown of a global encrypted communications service. The takedown was initiated and led by French and Dutch police, and also involved Europol – the EU agency for law enforcement cooperation. Arrests totalling almost 750 have been made so far by national police forces.

Greg Robinson has worked on some of the UK’s most high-profile cases involving this type of evidence.

Many thanks to everyone who attended and thank you to 5 St Andrews Hill Chambers and The London Criminal Courts Solicitors Association for organising the webinar.

If you have a case which involves Encrochat, CLI spoofing or Cell Site Analysis contact Denise Morris on 01527 467467 or denise.morris@footprint.cjsm.net